As part of its commitment to scale up film production training and capacity building in Nigeria, especially through the utilization of vintage film footages and archival materials, the Nigerian Film Corporation is to commence the distribution of over 200 hundred recently digitized copies of the film “Shaihu Umar” under the auspices of collaborative partnership with Arsenal Institute for Film & Video  Arts, Germany, to scholars and relevant departments of higher institutions including public and private Universities in Nigeria. The film “Shaihu Umar”, is an adaptation of the novel written by Sir Abubakar Tafawa Balewa Nigeria’s Prime Minister from 1957 – 1966 was filmed and directed in 1976 by Adamu Halilu, a onetime Chief Executive of the Nigerian Film Corporation; an offshoot of the former Federal Film Unit.

Distribution of the film to scholars and relevant departments, according to Dr. Chidia Maduekwe, NFC’s Managing Director/Chief Executive, is coming on the heels of successful outing of the digitized film within the European and Asian film marketing, distribution and exhibition networks. Dr. Maduekwe, who described the digitized ‘Shaihu Umar” as a remarkable breakthrough in the rescue efforts of several vintage Nigerian films still in the celluloid format at the NFVSA, was achieved through the support and assistance received from the German Government and its institutions. He listed Arsenal Institute for Film & Video Arts (DFF) Frankfurt as the arrow head for the recovery and digitization of the film, and for the donation of a film scanner to the NFVSA for further recovery and digitization of other celluloid films in its holdings. Goethe University, (Frankfurt) Deutseches Film Institute & Film Museum, Deutscher Akademischer Austauschdienst (DAAD), Germany, Lagos Film Society, Arsenal Institute for Film and Video Arts he further said, were instrumental to the newly introduced Master Degree Programme in Film Culture & Archival Studies at the National Film Institute, Jos being undertaken in collaboration with the University of Jos.

The Master Degree programme, the first of its kind in Nigeria and Africa, is objectively designed to meet the trajectory necessities of providing depth of knowledge for the management of creative works and audio-visuals. Course content of the two year academic programme covers broad range of practical, theoretical and thematic film archiving. Key elements of the strategic approach of the postgraduate degree programme, he further said; are the development of advanced archiving skills and management, for the preservation of cultural and audiovisual heritage.

Dr. Maduekwe averred that the film “Shaihu Umar” represents ingenious efforts and skills carefully deployed in the circumstances of a decaying archival footage relying on the processes of restoration, digitization, preservation, codification and classification, which should be availed to scholars and relevant departments of higher institutions in Nigeria, for the purposes of research and developmental studies, which is being spearheaded by the National Film Institute Jos through its Master Degree Programme in Film Culture and Archival Studies. 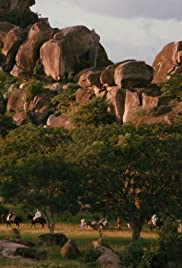 Meanwhile, Dr. Maduekwe has called on audio-visual producers to avail themselves of the opportunity being provided at the National Film Video & Sound Archive (NFVSA), Jos, and deposit copies of their audio-visual production for preservation and archiving, at no cost to them. He reiterated the need for Nigeria’s audio-visual works, several of them found across the length and breathe of the country which are laced with rich cultural and historical information to be properly archived. History, he said, especially from the perspective of audio-visual production, was very important to the development of any nation. NFVSA, he stressed has the mandate to acquire, preserve and archive audio-visual materials, and its operations include the protection of intellectual property rights of owners of archival deposits in its custody.